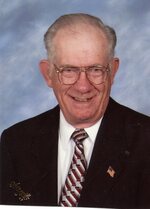 Services for William Roy Brady, Jr., will be held at Kingsville Baptist Church, on Saturday, January 30, 2021 at 11:00 AM with Pastor Bart Walker officiating. Burial will follow at Forest Lawn Cemetery under the direction of Gallagher Funeral Home. Visitation will be held at Kingsville Baptist Church, beginning at 9:00 AM until the time of service. Out of an abundance of caution for everyone present, masks will be required and social distancing will be observed. Thank you so much for observing this requirement.

Bill, age 80, of Dry Prong, LA departed this earth to be with his Lord on January 23, 2021. He was born August 24, 1940, to Roy and Ruth Brady of Piggott, Arkansas. Bill grew up on the family farm where he loved spending time on a tractor. Taking things apart and putting them back together was a skill he learned from his Great-Grandpa Baker. As a high school student, he was part of Future Farmers of America. He loved his country and wanted to serve in the military. After high school, he joined the United States Air Force and served as an air freight specialist from 1961 - 1965 in the 401st Tactical Fighter Wing (TAC). His patriotism did not end with his honorable discharge. He continued supporting our nation by teaching his children to love her as much as he did. He respected and honored the flag, always supported the military and served as Elections Commissioner in Charge for Grant Parish. Other employers influenced by Bill were Walker Farms, Petrus Feed and Seed, Calvary Day Care and Preschool, Cenla Professional Pharmacy and SAIA Motor Freight where he took a night-time shift so he could be home with his family. He retired from SAIA after driving an 18 wheeler for over 30 years and earning the Million Mile Safe driving ring.

At 12 years old, Bill gave his life to Jesus. He loved the Lord and was determined to serve Him all of his days. He did so by leading his family to faithfully attend church every time the doors were open. He also served in the capacity of Sunday School teacher of teenage boys, treasurer, deacon and bus mechanic. Having a heart for missionaries, he would record the weekly sermons and mail them to every missionary their church supported. Bill and Dot have recently become members of Kingsville Baptist Church.

At 17, Bill asked out the love of his life, Dot, who was 13. Four years later on June 22, 1962, Bill and Dot, along with his sister Mary and her husband Virgil Richardson, were married in a double wedding ceremony. They reared their two children in Alexandria, LA before moving to Dry Prong where he built and lived out his days in their dream home. They were happily married for 58 years. In his retirement years, Bill developed a love of hunting with his dear friend, Grady. He also loved fishing with his grandson-in-law, Derek. He loved any work that could be done outdoors such as yardwork, tinkering in the shop he built and taking old things apart to create new gadgets.

The Brady family would like to acknowledge the compassionate care of both medical teams at Cabrini Hospital and Rapides Regional Medical Center. In lieu of flowers, the family would appreciate donations to the Sarah Thompson Mission Fund at Kingsville Baptist Church, 3911 Monroe Hwy, Ball, LA 71405.