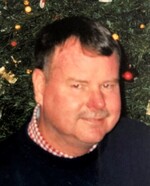 Tom was born in Mobile, Alabama on January 17, 1952. He was preceded in death by his father, Thomas Carl Walsh, Sr and his mother, R.B. Anna Atkinson Walsh and brothers, James Walsh and Mike Harrelson.

Tom was a graduate of Fortier High School in New Orleans, UNO and LSU School of Law. He spent most of his career working as a prosecutor for the East Baton Rouge Parish District Attorney's office and the Rapides Parish District Attorney's office.
Following his retirement, he worked for the EPA as a Regional Enforcement Counsel.
Tom was an avid LSU fan, except the day they played Alabama. He loved watching football on Lizard Creek with his dear friend Tom Meyers. His final send off will be at Lizard Creek at a later date.