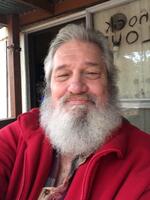 He graduated from Bolton High School in 1974. In 1975 he went on to join the United States Air Force and proudly served his country for four years.

He is survived by his siblings, William “Buddy” Frisby, Kelly (Earl) Dugger, and Katherine (Butch) Singletary. He is also survived by his nieces and nephews, Greg Davis, Shawn Singletary, Kari Runnels, and Tausha (Jeremy) Calcote.

He is also survived by many great nieces and nephews. He was preceded in death by his parents, Bill and Pat Frisby; his, sister, Karen Morace; brothers, John Frisby and Kevin Frisby; and nephew, Jason Runnels.

Arrangements have been entrusted to Gallagher Funeral Home in Ball, LA. A private memorial service will be held at a later date.