Obituary for Michael Ray Self 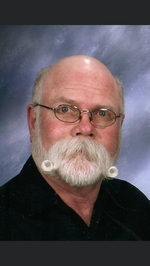 Mr. Michael Ray Self, age 66, entered eternal rest at home in Tioga with his brother Gary and sister in law Sissy by his side, on Monday, November 30, 2020.

Graveside services will be held on Saturday, December 5, 2020 at 12:00 PM at the Mount Carmel Cemetery in Florien, 5049 Hwy. 118, Florien, LA 71429, with Reverend Jeff White officiating. There will be a visitation at the cemetery on Saturday from 11:30 AM until the time of service.

Mr. Self was a loving brother, uncle, and friend. He enjoyed hunting and spending time fishing on the banks of Little River. Mr. Self was a kind and gentle man that would do anything for those in need. He was known to be able to fix just about anything and he was a gun enthusiast. Mr. Michael Self was a devoted Catholic and and deeply loved his wife Mollye.

He was preceded in death by his wife, Meredith "Mollye" Self; parents, Albert Burnice Self and Lily Pearl Moss Self; brother, Douglas Self; sisters, Margaret Self White and (infant) Martha Ann Self; and nephew, Stanley Manasco.

Those left to cherish his memory include his brother and caretaker, Gary Self (Sissy Smith Self) and Bryan Self; nieces and nephews; Kimberli Guillory, Kelbi Schlueter, Marissa Diller, Bryanna Martin, Charles Manasco, Stephen Manasco, Todd Self, Suzanne Box, and Stacy Wilson.