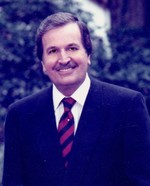 Tuncay “Tunch” Ertan, MD, a native of Ankara, Turkey and a resident of Alexandria, Louisiana, passed away peacefully at his residence on September 29, 2020 surrounded by his family.
Dr. Ertan was preceded in death by his parents Lufti and Binnaz Ertan, brother Ayhan Ertan and sister Nebahat Ertan Bozaci.
He leaves behind his devoted wife of 57 years, Nona Gail Owen Ertan, son Attila, grandson Tyler, son Kent, Kelly Ertan, granddaughter Paitlon and son Altay and wife, Michelle, grandsons Avery and Aidan and granddaughter Amaya. One brother, Ozay Ertan, and wife Gordanna of Cary, North Carolina, and their daughter Denise. John Owen, brother of Nona and his wife Marny from Jacksonville, Florida and their sons John, Tom, Rich, and Jim.
He was a graduate of Ankara University Medical School. Following graduation, he came to the United States and pursued post graduate training at Saint Mary’s Hospital and The Missouri Pacific Railroad Hospital in St. Louis, Missouri. He then came to Tulane University and Baptist Hospital, New Orleans, Louisiana where he completed his residency and fellowship in Internal and Pulmonary Medicine. Upon completion of his medical education and training Dr. Ertan chose Alexandria, Louisiana as his home and began his practice of medicine. Dr. Ertan was a fellow of The American College of Chest Physicians.
In 1971 he became a member of the Physicians and Surgeons Clinic of Alexandria. In 1976 the clinic dissolved, and he began private practice at Rapides General Hospital until June 1995. He was honored to serve as Chief of Staff of Rapides General Hospital in 1985. Upon retirement the family relocated to Steamboat, Colorado so he could fulfill a lifelong dream of living in the mountains. In October 2002, with a burning desire to continue his work as a physician and teacher, the family returned to Alexandria. He said, “I am back home where I belong.” Dr. Ertan became a member of the LSU Family Practice Residency Program as a professor of Internal Medicine and Pulmonary Diseases. In 2013, he retired to enjoy time with his wife, sons, and grandchildren.
In Ankara, Turkey, the Capital City of Turkey, Tunch won the Table Tennis Championship for four consecutive years. At the age of 24 he became the Turkish National Table Tennis Champion.
Outside of his medical practice in Alexandria, his greatest interests were Thursday afternoon Aquatic Club tennis, skiing in the Colorado mountains, scuba diving, sailing on any body of water, old cars, golf and traveling to Arkansas with Nona in his convertible to enjoy the fall foliage.
If you knew Tunch, you know he celebrated life to the fullest every day. May the time you shared with him bring you comfort and peace when thoughts of him come to mind.
Due to Covid-19, no service will be held at this time.
The Family expresses sincere appreciation and thanks to Faith Foundation Hospice, Pam Brossett, RN, owner.