To share your memory on the wall of Dr. Tuncay \"Tunch\" Ertan, sign in using one of the following options:

Provide comfort for the family by sending flowers or planting a tree in memory of Dr. Tuncay "Tunch" Ertan

The gesture that can change the world

Provide comfort for the family by sending flowers or planting a tree in memory of Dr. Tuncay "Tunch" Ertan

The gesture that can change the world

You will receive any future notification messages.
No funeral details available.

We encourage you to share your most beloved memories of Dr. Tuncay "Tunch" here, so that the family and other loved ones can always see it. You can upload cherished photographs, or share your favorite stories, and can even comment on those shared by others.

Posted Oct 17, 2020 at 09:27am
Dear Nona & Atilla, I am saddened to hear about Tunch. He was more than a great Dr., but a wonderful friend to my dad (Charlie Stanfield) for so many years. My deepest sympathies & prayers to your family. Joyce Stanfield Carnes
Comment Share
Share via:
NL

Posted Oct 04, 2020 at 08:59pm
Nona, So sorry to hear of your loss of Tunch! Prayers and thoughts for you and your family.
Nina and Bill Long
Comment Share
Share via:
MB

Posted Sep 30, 2020 at 11:06am
My mother was a patient of Dr. Ertan. In her later years I accompanied her to her appointment with Dr. Ertan. He was always so kind and attentive to her. She liked him and as family we always appreciated him for his interest and kindness to our dear Mother. Thanks Dr. Ertan for coming to American and making your home in Alexandria. May God bless his dear wife and family!
Comment Share
Share via: 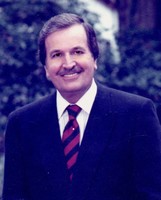