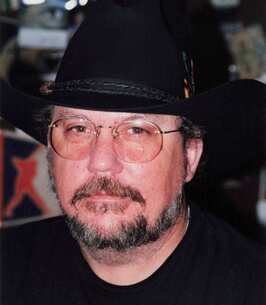 Doug was a 1968 graduate of Pineville High School, a Corporal in the USMC, serving with a Combined Action Platoon, 3rd CAG, in the Thua Thein Province of Vietnam. After his USMC career, Doug worked for the Rapides Parish Sheriff’s Department as a field deputy until he was hired by the Louisiana State Police in 1974 and stationed at Troop E, Alexandria, LA. While with the LSP, in addition to his duties as a uniformed trooper, Doug also served as a precision marksman with the LSP Tactical Unit, was assigned to the protective services detail for governors Edwin Edwards and Charles “Buddy” Roemer III. Of all his public services to his country, Doug was most honored to serve as the personal driver and escort for the Reverend Billy Graham during the National GOP convention and as one of the personal security officers for Pope John Paul II when he visited New Orleans, LA.

Beyond his military and public service career, he was most honored to be a dad to his son, Doug II, and "Mr. Paw Paw” to his little princess, granddaughter Sophia. He also loved being " Uncle Doug" to all his nieces, great nieces, nephews, great nephews and a Godparent to Cody Slaughter, Meg Millner, & Maya Shelby.

Doug was also blessed with many good friendships, some formed early in life, some forged from shared experiences with the Louisiana State Police, some encountered along life’s highway. They each and all held a special place in his heart and he was truly blessed by these friendships.

Memorial service will be held on November 5, 2022 at 11:00 AM at Sacred Heart Catholic Church on Lakeview Street in Pineville, Louisiana. In lieu of flowers, the family request donations be made to MD Anderson Cancer & Leukemia Research, American Heart Association, ALS Society, or to the charity of choice.