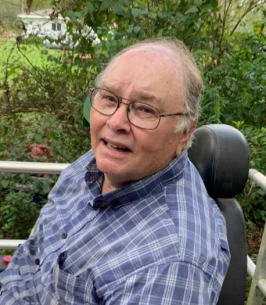 Funeral Services will be held on Monday, June 13, 2022 at 12:00 p.m. in the Chapel of Gallagher Funeral Home with Reverend Sharp officiating. The visitation will begin at 10:00 a.m. and the interment will follow the service, in Springhill Cemetery in Pollock.

He was preceded in death by his loving wife, Ruby Ates Jackson; parents, Olcie and Lottie Jackson; and siblings, "Tiny" Reeves, Oliver Jackson, and Eleanor Jackson.

Mr. Jackson was a loving father, grandfather, brother, and friend. He had a magnetic personality and never met a stranger. He would go to Crazy Cajun or Whataburger everyday, and make new friends. He would buy, sell, and trade just about anything. His passion in life however was preaching the Gospel of Jesus to anyone who would listen. He started Bible Baptist Church in Junction City many years ago. Even as his health declined, he would still preach and have videos posted online. He is now with his Lord and Savior.