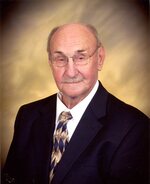 Funeral services for Mr. Billy Ray Coody will be at 1:00 p.m. on Tuesday, April 13, 2021 at Gallagher Funeral Home with Reverend Kevin Simmons officiating. Burial with full military honors will be in Pleasant Hill Cemetery in Pollock, La. Visitation for Mr. Coody will be on Tuesday, April 13, 2021 from 10:00 a.m. until service time at Gallagher Funeral Home in Ball.
Mr. Coody was born with humble beginnings on August 23, 1933 in Simms, Louisiana living in a tent for the first couple years of his life. He grew up in the depression years of this country with his family getting electricity his senior year of high school. Billy was a good athlete playing basketball, baseball and track. After graduating from Pollock High School he enlisted in the U.S. Marine Corp and eventually became a drill instructor at San Diego, California. He married the love of his life February 17, 1953 and enjoyed over 68 years of marriage together. After the Marine Corp, he joined the Marine Corp Reserves and then got a full time job with the Army National Guard, retiring as an E-9 Command Sergeant Major. A few days before his passing, he was asked by the hospice chaplain how many years of service he had with the military and Billy told him 38 years, 8 months and 11 days! He loved his family and country until God called him home. He was a Marine until the end, even calling cadence and singing "Marine Corps Hymn" less than 30 hours before he left us.

Mr. Coody loved sports and was always a competitor. He coached little league baseball, taught R A Boys at church and was a mentor to many. He was a member of Wayside Baptist Church the last several years of his life where one of his son-in-laws is the Pastor. He loved God, his Family and His Country. He was a loving husband, father, grandfather, great-grandfather, brother and friend. He was a natural leader who commanded respect but always was firm but fair with those he interacted with. You never had to guess how he felt if asked Semper Fi until God called him home.