To share your memory on the wall of Bernice Smith, sign in using one of the following options:

Print
Bernice Ella Reed Smith - age 93 left this earth to join Jesus Christ her Savior and be with her Husband, Harold Smith, who preceded her in death. Bernice and Harold were married 65 short years.

Graveside services for Mrs. Smith will be ... Read More
Bernice Ella Reed Smith - age 93 left this earth to join Jesus Christ her Savior and be with her Husband, Harold Smith, who preceded her in death. Bernice and Harold were married 65 short years.

She was born in Houston, TX. She grew up in Hennessey OK on the farm with Austin (Uncle Doc) and Minnie Macy. When she married Harold, they moved to Enid, OK where he was stationed at Vance Air Force Base. They were stationed at Okinawa, Japan at Kadena Air Force Base and later Taipei, Taiwan. They returned to England Air Force Base in Alexandria where they retired.

Bernice had a life “well lived” with her bubbly personality and red hair. During the Smith’s retirement - they traveled to Hawaii, Germany, Spain, Turkey and Venice Italy as well as many trips in the US. They joined the Airstream Travel Trailer Group and traveled all over in their airstream.

Receive notifications about information and event scheduling for Bernice

We encourage you to share your most beloved memories of Bernice here, so that the family and other loved ones can always see it. You can upload cherished photographs, or share your favorite stories, and can even comment on those shared by others. 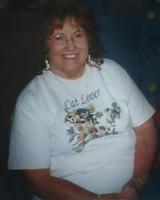 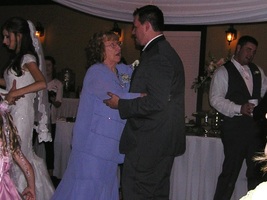 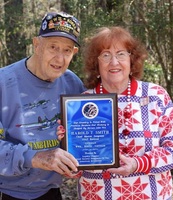 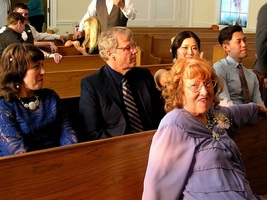